Back in the day, a bike ‘computer’ was a mechanical device that bolted to one of your front forks and had a ticker that counted each revolution of your bike wheel, converting this into the miles you’d traveled.

You had to actually get off your bike and squat right down to read the tiny display. It didn’t give you any other data, such as speed and, I suspect, it was totally inaccurate. Either crediting you with too few miles or (more likely) too many.

Fast forward to today and things are a little different! You can now get bike computers that give you all the data you need (and plenty you don’t). Plus they show it all to you on a screen attached to your handlebars and you can read it without getting off your bike. Many will also sync to your phone or computer so that you can review past stats or post it to Strava for bragging rights.

But, which one is best? Let’s dive in take a look.

The best bike computer under $100 is the Sigma BC 14.16 STS Cadence Bike Computer.

All the essential data you need on an easy-to-read screen wrapped in a unit that is fully watertight and backlit. Highly recommended

Look around and you’ll see that there are bike computers available from $5 to $600. They come with a variety of different features, with those at the pricier end of the spectrum having turn-by-turn GPS mapping amongst other benefits.

Below $100 though, you’re best off going for a bike computer that does the basics (odometer, speed, etc) without trying to add other fancy stuff in. Because it’s inevitable that, when manufacturers try and cram in extra features (that look good in the specs), they either won’t work well or even at all when you’re actually trying to use them. This might include clunky, non-intuitive navigation, or syncing that doesn’t reliably sync.

So, I’ve done some research for you to find the best bike computers under $100 that do the fundamentals really well but don’t try and add extras in that let them down. Let’s take a look. 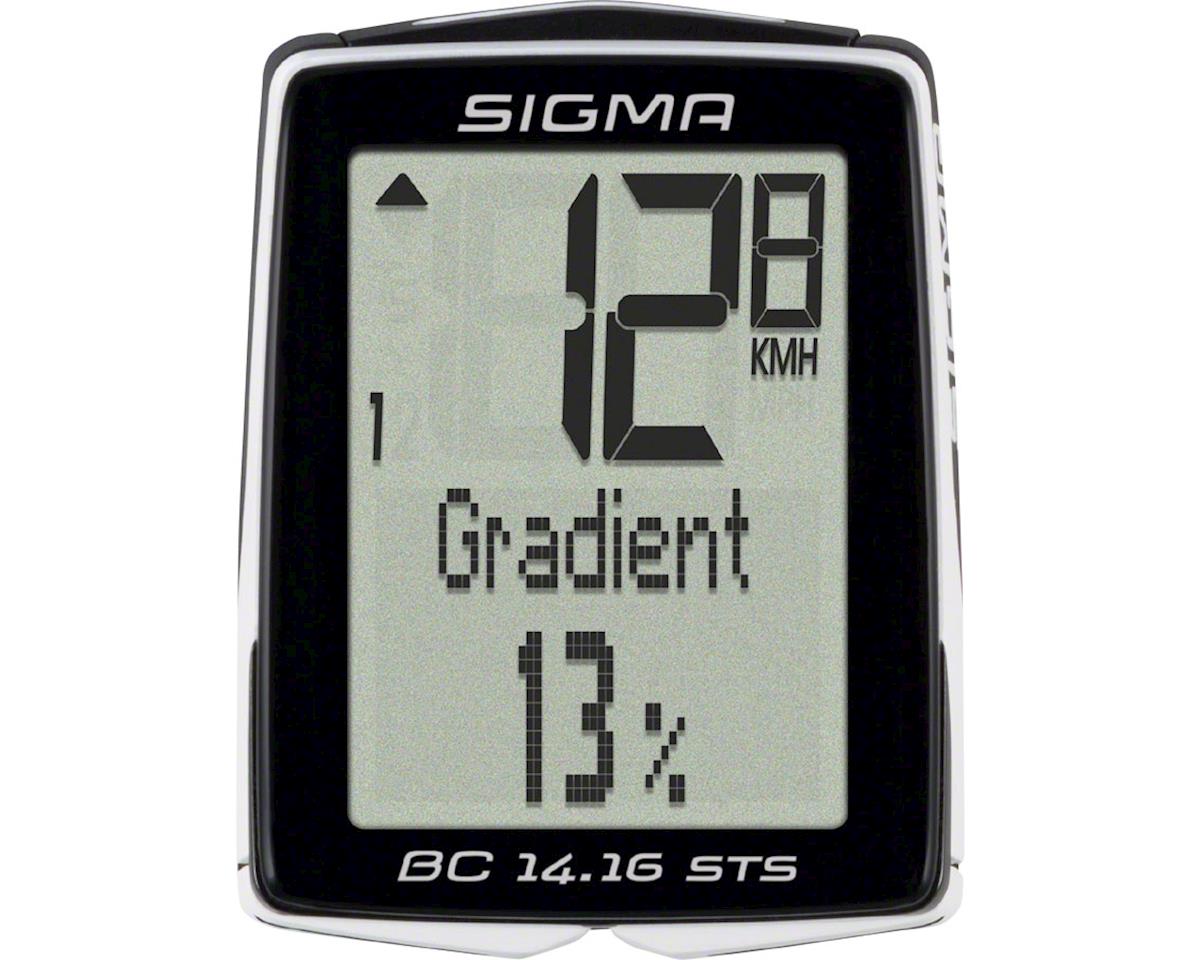 One of the main issues with bike computers where manufacturers try to add too many features in is that the main screen is often jammed full of data all written in a size that is so small you practically have to use a magnifying glass to decipher it. That’s not ideal at the best of times and if you happen to be cycling along at the time (as you would be), then it’s downright dangerous.

That’s why I’m a big fan of the Sigma BC 14.16. It keeps the on-screen info to the essentials, for example Current Speed and Gradient, and displays this in large and easy-to-read characters.

That simplicity hides a wide range of functionality, which is also easy to bring on-screen with the 3 buttons (1 top and 2 bottom). Choose from Speed (Actual, Average and Maximum), Distance (Trip and Total), Time (Ride, Trip and Trip Section), and Altitude (Current, Gain, Maximum, and Altitude graph).

The Sigma is fully watertight (IPX8) and has a backlight. A couple of other features that I really like are the pre-defined tire sizes (vs measuring your tire circumference in millimeters and inputting this like most other computers – a tricky process). Plus, there’s an option where it can be swapped between two bikes (keeping the ride data separate for each), even where each bike has a different wheel size. That’s handy if, like me, you’ve got a road bike for smooth pavements and a mountain bike for the rougher stuff.

Being a fairly simple kind of guy, I’m a big fan of gadgets that are as simple as I am. For that reason, I love this Quick bike computer from CatEye.

This computer gives you the info you need and nothing you don’t. It tells you:
Current speed
Average speed
Total distance
Trip distance
Moving time

It does all of this in a unit that weighs in at under 1 ounce. Wow! The white-on-black text is easy to read (even when you’re trying to nail a PB) and the included out-front bracket mount holds the computer at a great position in front of your handlebars.

When I’m doing longer bike tours I’ll take one of these with me in addition to a fancier GPS unit. Two reasons for this: GPS can soak up battery life fast and there’s always a danger of running out of charge on them, so this is a great backup. Also, it’s a useful cross-reference for mileage, etc that takes virtually no space and adds the tiniest amount of weight. 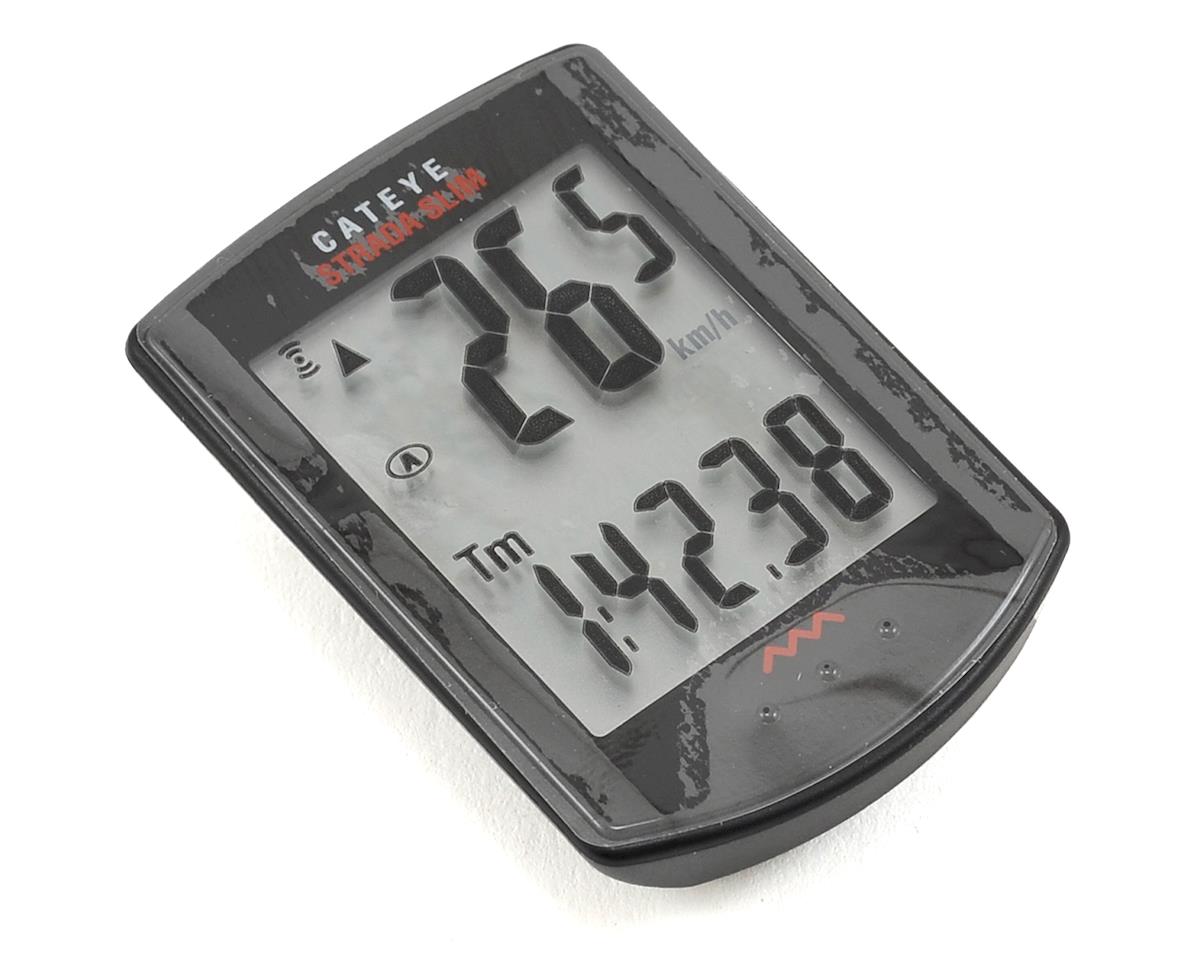 The Strada from CatEye is an upgraded and slimmed down version of their original Strada bike computer. The head unit is tighter, with an easy-to-fit low profile bracket for mounting to the handlebars, and the analog wireless sensor works with any type of bike. Full mounting kit is included in the box.

As well as the standard distance/speed/time the unit also features additional functionality with a customizable display, pace arrow, and dual tire sizing. The unit weighs only ½ an ounce, so there’s really no excuse for not having one of these onboard. 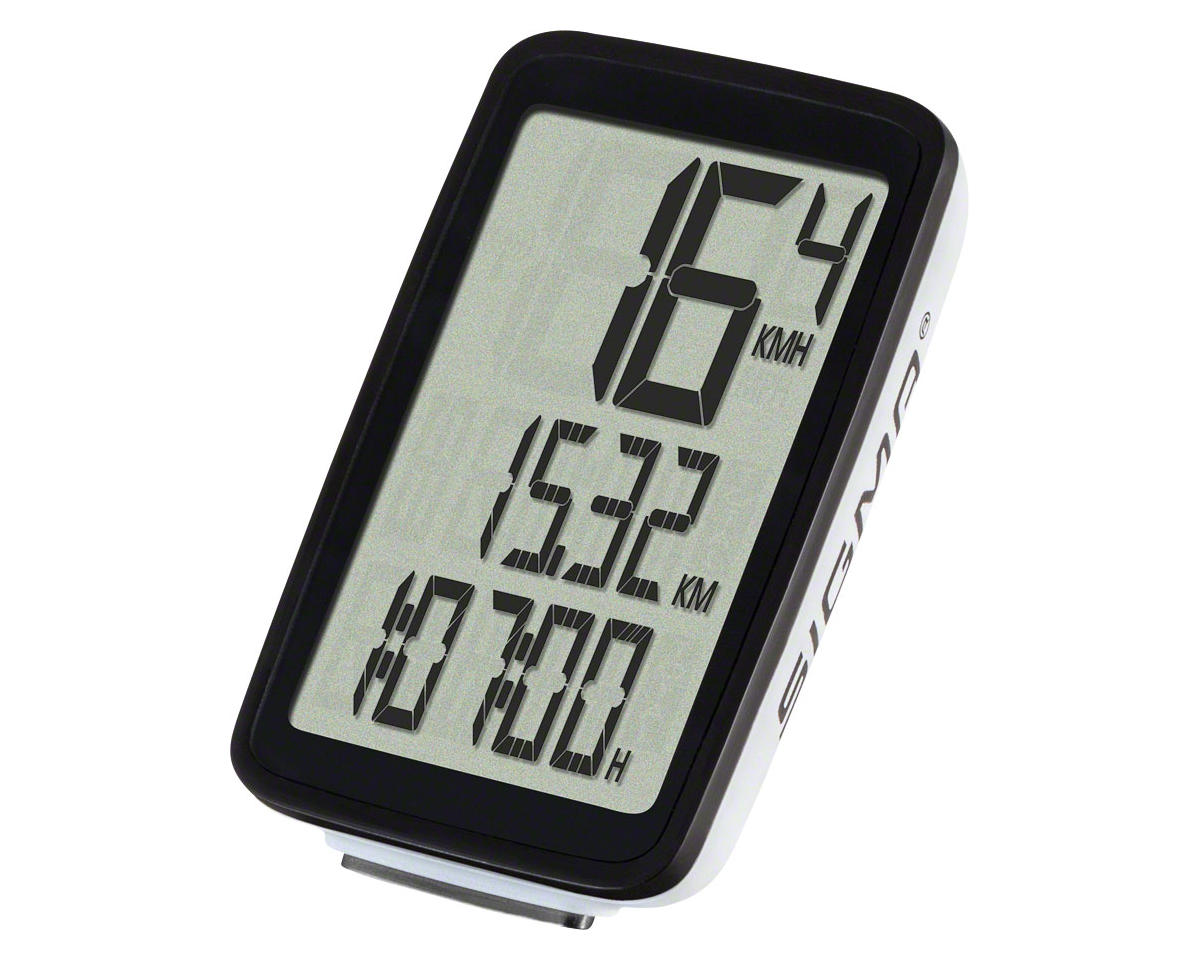 Many cycling computers require some degree of scrolling to get all the data you want. That’s all well and good when you’re sat on the couch after a long ride but less so when you’re going full tilt down a steep and twisty mountain road. That’s why the Sigma Pure 1 is so good.

In designing the Pure 1, Sigma started by asking what the 3 questions are that cyclists want to know when they’re riding:
How fast am I going?
How far have I traveled?
How long have I been riding?
They’ve then combined that into a sleek unit that shows you that data, and only that data, in one clear and easy to see screen. There’s only one button (which is easy to find and press, even with winter gloves on) and the screen is large at 1.1 x 1.7 inches.

It’s very much at the budget end of the bike computer market, but this little unit from YS gives you everything you need to know in a handy easy to use design. It’s backlit so can be used day or night. It’s waterproof, so no problem to go out cycling in the rain (what fun!) Plus it’s wireless and easy to install on your bike.

Data displayed includes speed, distance, and riding time and the unit display scrolls between each of these as you pedal along. A great choice.

Get the data you need (without any fluff that you don’t need) with one of these excellent bike computers. Yes, you can spend much more and get an all-singing all-dancing computer that syncs to your Strava, gives you live GPS mapping and, possibly, pedals for you as well. But, do you actually need all that? Better, I believe, to get the basics done well with one of these.